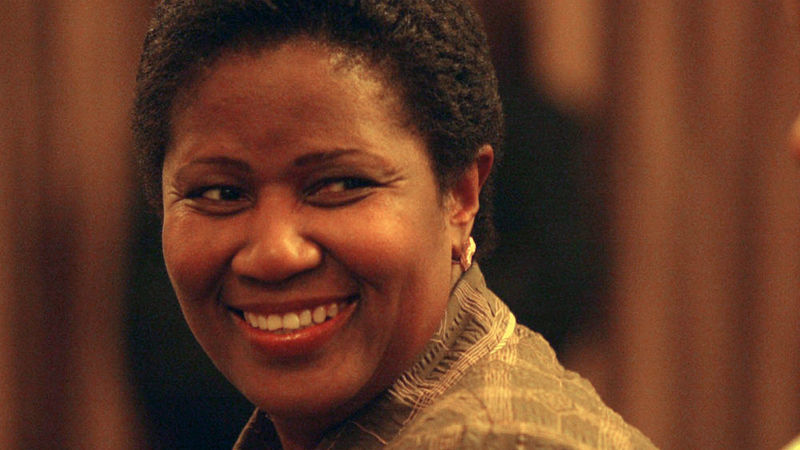 Phumzile Mlambo-Ngcuka is the Executive Director of UN Women. She has formerly served as Deputy President of South Africa from 2005 to 2008 where she managed programmes targeted at combatting poverty and ensuring that the benefits of a growing economy reach the poor, particularly women. Mlambo-Ngcuka was actively involved in the struggle to end apartheid in South Africa.

Prior to her appointment as Deputy President, Mlambo-Ngcuka served as Deputy Minister of Trade and Industry (DTI) of South Africa from 1996-1999; Minister of Arts, Culture, Science and Technology from February to April 2004; Minister of Minerals and Energy from 1999-2005. In 1994 when South Africa had its first democratic government, she became a Member of Parliament and Chairperson of the Public Service and Administration Portfolio Committee, a position she voluntarily gave up in 1996.

Mlambo-Ngcuka began her career as a teacher and has gained international experience as a coordinator at the World YWCA in Geneva, where she established a global programme for young women. She founded Umlambo Foundation, an organisation that focuses on leadership and education. She is a longtime champion of women’s rights and is affiliated with several organisations working to promote education, women’s empowerment and gender equality.

In July 2013, she was appointed Executive Director of the United Nations Entity for Gender Equality and Empowerment of Women (UN Women) by United Nations Secretary-General Ban Ki-moon and sworn into office as Executive Director of UN Women in August 2013. She brought to this position, a wealth of experience and expertise which she had garnered from a career devoted to human rights issues as well as equality and social justice.

In her letter to girls on International Day of The Girl Child 2018, Mlambo-Ngcuka had said:

“We are working to shift the burden of shame to those who commit the abuse, and to stop the stigmatization and silencing of the survivor. Survivors must be at the centre of any response; and their experiences must be listened to and acted on to end the culture of impunity.”

In April 2019, Mlambo-Ngcuka received the Cannes LionHeart Award, an honorary award given to individuals or organisations that have ‘harnessed their position to make a significant and positive difference to the world around us, with particular reference to those who work with brands and the advertising community’. The award was given in recognition of the work she had done in championing and advocating for women and women’s rights, human rights, and social justice throughout the world, as well as her leadership of The Unstereotype Alliance, an initiative that brings industry leaders together, setting aside competition and uniting for a common cause. The initiative was convened by UN Women to address gender bias.

For a woman to reach the peak of her career may be very difficult in our world today, but Phumzile Mlambo-Ngcuka’s career life has proven that this is possible despite obstacles that women face in climbing different ladders in their careers. We celebrate Phumzile Mlambo-Ngcuka; she is our Woman of the Week.

“A letter to girls from Phumzile Mlambo-Ngcuka, UN Under Secretary-General and Executive Director of UN Women, on International Day of the Girl Child.” UN Women, Wed. 14 August 2019, https://www.unwomen.org/en/news/stories/2018/10/statement-ed-phumzile-day-of-the-girl