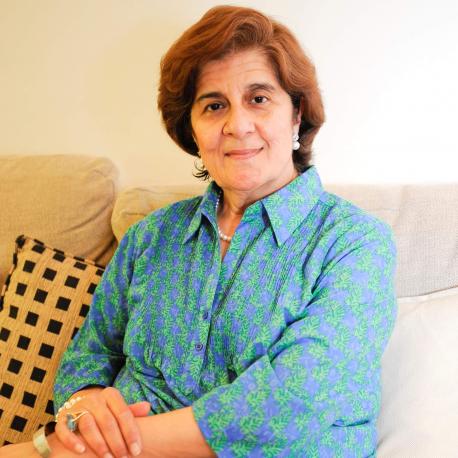 Appointed in 2015 as the Commander of the Order of the British Empire (CBE), Mrs. Pinky Lilani is an Indian food specialist and advocate for women, Founder of Spice Magic Limited, a London-based company with business portfolio in restaurant and catering services. Pinky is the Founder and Chairman of Women of the Future Awards, the Asian Women of Achievement Awards, the Ambassadors’ programme, the Inspirational Women’s Network, the Women of the Future Summit, and Kindness & Leadership – 50 Leading Lights. As a cookery specialist, she provides consultancy services to corporations across Europe on Indian delicacies and has authored several books to help people improve their culinary skills. Sharwoods, Sainsburys, and Safeway among others, are some of the prominent companies that have enjoyed her services in producing mouth-watering Indian food products to satisfy customers’ taste.

Lilian made formal her interest in a cooking career when she moved to the United Kingdom in 1978 to burnish her culinary skills through self-training. By the sheer force of passion, she was able to arrange her insightful thoughts on recipes, and communicate how culture and geography could combine to influence food habits. After years of a successful career in London, she went on to establish the Asian Women of Achievements Awards in 1999 to celebrate the Asian females who have blazed the trails in their respective careers. Subsequently she founded Spice Magic Limited in London to provide quality services in cookery and catering, taking the name from her first published cookbook in 2001, ‘Spice Magic: An Indian Culinary Adventure’.

In 2006, she initiated another award, ‘Women of the Future Awards’ to encourage young women in business in the UK and build a formidable mentorship platform that would transform the food industry. The following year, she established the ‘Women of the Future Network’ to bring together women, both experienced and inexperienced, for business connections. ‘The Future Awards’ in South East Asia after a decade. Lilani has, through her several award presentations, stimulated UK and international business ecosystem for women’s participation, and assisted restaurants to improve profitability.

She is an alumnus of Calcutta University where she received her Bachelor’s degree in Education and English in 1974 and holds a Graduate Diploma in Social Communication Media and Management Studies from the University of Bombay, India, and the Council of National Academic Awards, UK.

Lilani stands out from the crowd due to her strong advocacy in women empowerment, mentorship to young females, and her business advice that have transformed growth in the food industry. Pinky Lilani is our woman of the week.